This unique tour will only run once and as far as I'm aware combining Northern Ireland with the Isle of Man has not been done before. Starting in Newcastle, County Down, the route meanders along Strangford Loch to Belfast where we spend three nights, before following the spectacular North Antrim Coast to (London)Derry

Our two night stay in (London)Derry encompasses a loop into rural Donegal lanes and villages. We overnight again in Belfast and catch the morning ferry to Douglas for a three-night stay on the Isle of Man.

Suffice to say there are numerous attractions to visit and the usual Country Lane Tours detailed route instructions and presence of organiser throughout ensures peace of mind.

The itinerary is as follows:

Tuesday, August 10th. Holyhead. The Holyhead to Dublin ferry is the likely route for most people and in order to catch the morning ferry (both Stena and Irish Ferries leave around 8.15 at the moment) it's expedient to stay in the town. The unfortunate factor is the only real hotel candidate is the new Premier Inn which is just a short distance from the terminal. This will be an extra on the overall cost as some may decide on an alternate route. However I will be negotiating the best price for both hotel and ferry.

From Dublin Port it's an easy and pleasant run to Newcastle (84 miles). I will  be traveling via Holyhead.

Wednesday, August 11th. Arrivals at the Slieve Donard Hotel and Spa. Completed in 1898 this magnificent Victorian hotel has been host to royalty and stars over the years. Charlie Chaplin stayed in 1921 and song writer Percy French was inspired to compose 'where the mountains of Mourne sweep down to the sea' on one of his many visits. Overnight Newcastle.

Thursday, August 12th. Newcastle to Belfast via Strangford Loch. A easy run with a short ferry crossing at the base of Strangford Loch before skirting the edge to the magnificent walled gardens at Mount Stewart House. It's an ideal place to have a coffee and wander around before the final short distance to Belfast and our hotel.

The Europa had the distinction during the troubles of being the most bombed hotel in the world! Thankfully that is in the past.

Once settled in the hotel there will be a guided tour mid afternoon so you can get your bearings on this vibrant city. Overnight Belfast. MILEAGE FOR DAY 54.

Friday, August 13th. Belfast. We start by visiting the Titanic Quarter and the fabulous exhibition relating to the building and history of the Titanic and other ships built by Harland and Wolf.

The SS Nomadic, one of two tenders that operated out of Cherbourg. and the only survivor, is in the dry dock and you can go on board and imagine it traveling out to the Titanic on that fateful voyage in 1912.

After a buffet lunch our next venue is the Ulster Folk and Transport Museum in Holywood. This covers an extensive area and has buildings from all over Ireland dismantled and then rebuilt on site to give an idea of the country in the past. Overnight Belfast. MILEAGE FOR DAY 18

Saturday, August 14th. Belfast. A free day to do your own thing and relax  - if you're not already relaxed! Our hotel is right in the centre of this bustling city so there are lots of shops, restaurants and pubs for you to soak up the atmosphere. Overnight Belfast. MILEAGE FOR DAY - 0

Sunday, August 15th. North Antrim Coast. A leisurely run along the spectacular North Antrim coast. We meander through small villages and take in the strange rock formations of the Giant's Causeway, a guided tour of  Bushmills Distillery, including a tasting, before going on to (London)Derry on the Donegal border. The name of the town is still sadly a bone of contention depending on political and religious persuasion. Overnight (London)Derry. MILEAGE FOR DAY - 122

Wednesday, August 18th. Morning ferry to Douglas, Isle of Man. The ferry leaves at 11am and arrives 1.45pm. It's a short distance to the hotel which gives an opportunity to relax in the afternoon - or maybe not if you decide to drive the circuit! Overnight Isle of Man. MILEAGE FOR DAY - 15.

Saturday, August 21st. Ferry from Douglas to Heysham and departure for home. The ferry departs at 8.45am and arrives in Heysham at 12.30pm. Heysham is a short distance from the M6 so ideal for anyone traveling North or South.

WHAT'S INCLUDED IN THE PRICE?

The leisurely daily schedule is designed to allow you to enjoy the sights and attractions, as well as leaving plenty of time to explore. At this juncture, due to the coronavirus restrictions, I have been unable to do the final reconnoitre  but that will be completed as soon as rules allow. 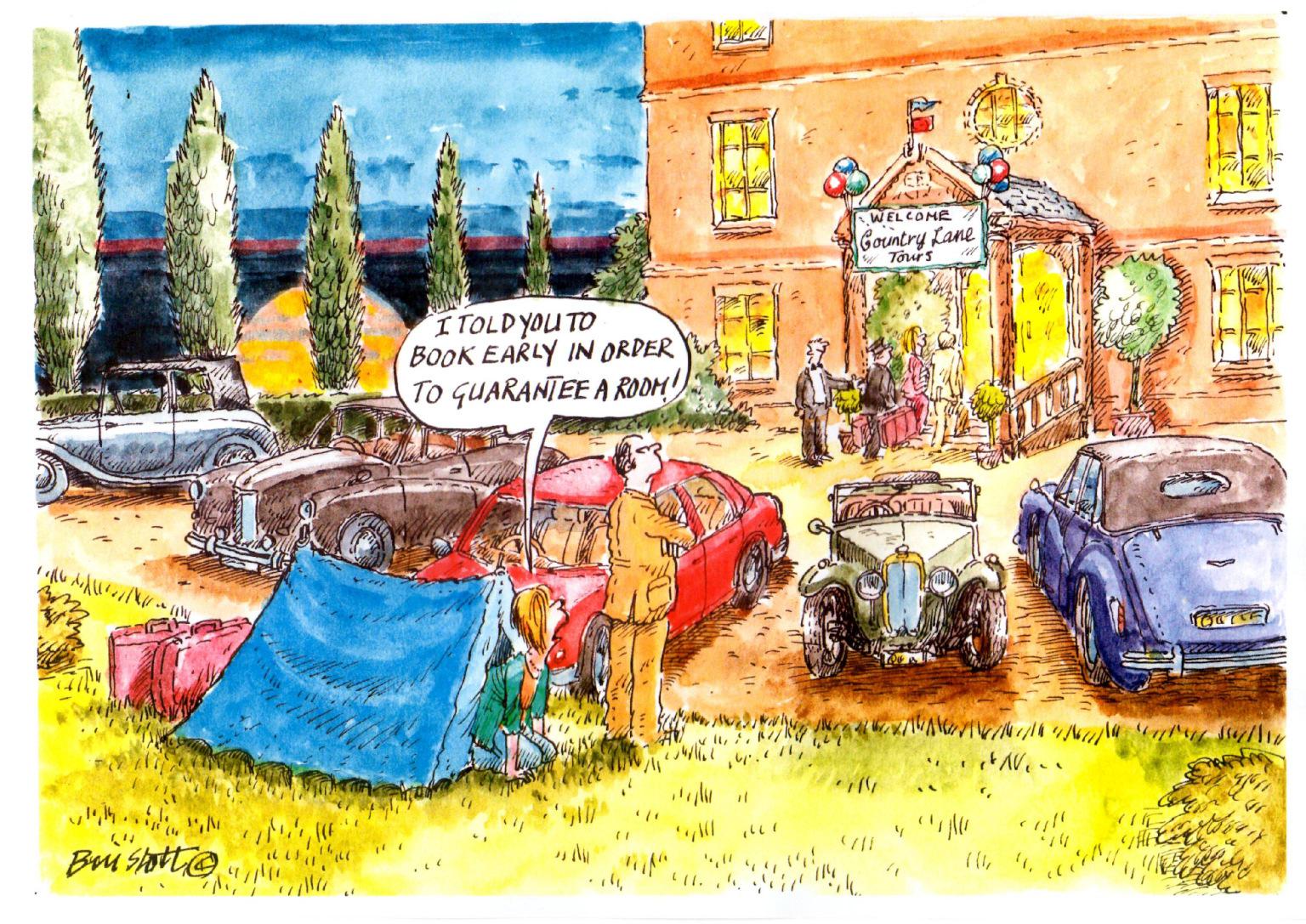 PLEASE NOTE! There may be minor variations to the advertised schedule if circumstances dictate and the entry is restricted to twenty-five cars as a result of ferry allowance negotiated.

Complete our enquiry form and we'll send you an information pack